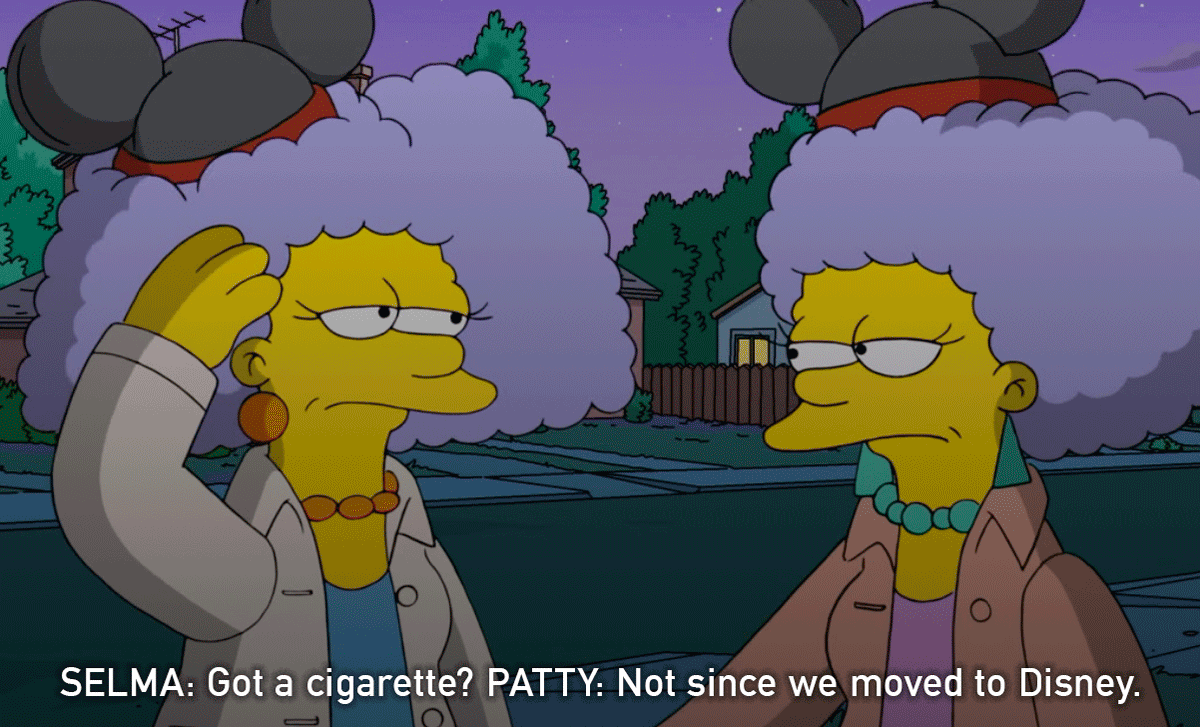 The Walt Disney Company has kept its kid-rated movie and TV shows practically smokefree since 2016. But up to now, Disney has not made clear if it will extend this live-saving policy to its 2019 acquisition, Twentieth Century Fox.

The latest Disney-era episode of The Simpsons, which ran on Fox for thirty years, may give a hint.

Long-time chainsmoker Selma Bouvier asks her sister Patty, "Got a cigarette?" Patty answers, "Not since we moved to Disney."

Then they both put on Mickey Mouse hats.

Where to watch: The Simpsons (TV-PG)

https://www.fox.com/ (60-minute preview with ads may be available)

State Attorneys General, shareholders and others are asking Disney to update its tobacco depiction policy (2015) to keep smoking out of future films and TV programs accessible to children and teens, including from its re-named Twentieth Century Studios and Searchlight labels.

Disney — along with other companies — has also been asked to include anti-tobacco spots and plain-language, timely warnings on its streaming channels, Disney+ and Hulu. Read state Attorneys General letter (August 2019).

Credit | Thanks to the website The Things for capturing this Simpsons scene.