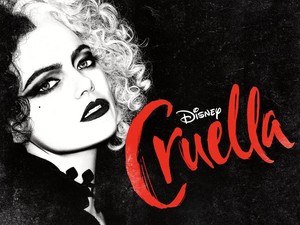 Cruella is the origin story of the villain in Disney’s 1961 animated classic One Hundred One Dalmatians.  In it Cruella famously smokes using a long cigarette holder. (So does Glen Close in the 1996 and 2000 live action versions and the TV series.)  But, consistent with Disney’s policy to “actively limit the depiction of smoking in movies marketed to youth,” the 2021 Cruella is a nonsmoker.

Emma Stone, who plays Cruella, told the New York Times, that she “was so excited to have that green plume of smoke in there, but it was not possible. I don’t want to promote smoking, …”

This is an important observation for two reasons:  (1) it shows that Disney is serious about its smokefree policy to protect its youthful customers, and (2) Stone recognizes and accepts the overwhelming science showing that smoking onscreen causes kids to smoke.

Most important, audiences didn’t miss the smoking.  Cruella is popular with audiences and doing well at the box office.