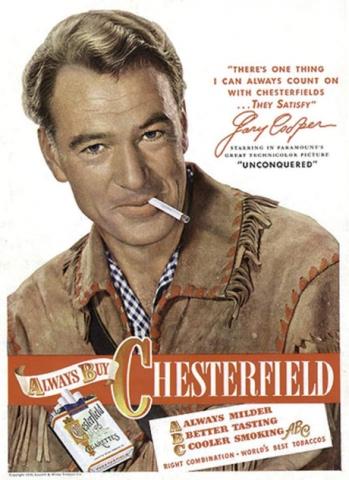 Gary Cooper was paid more than $150,000 (in today's money) to endorse American Tobacco's Lucky Strike brand in 1937 and 1938. By the late 1940s, he was appearing in advertising for Chesterfield (Liggett & Myers, now an Altria brand). 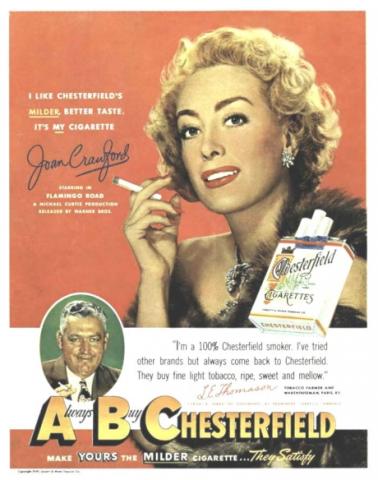 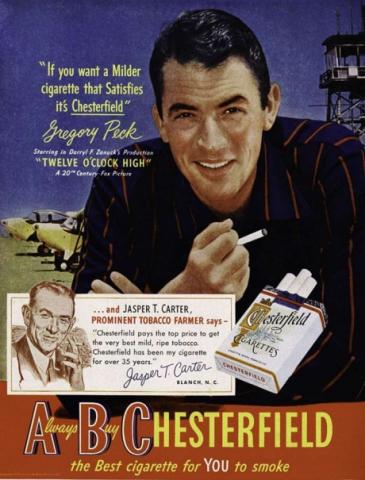 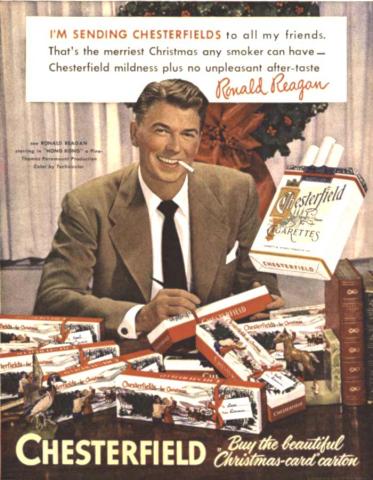 While Reagan was president of the Screen Actors Guild (1947-52), he also appeared in Chesterfield cigarette ads. In 1948, Reagan plugged Chesterfield and another Warner Bros. movie, The Voice of the Turtle. Actress Jane Wyman, married to Reagan at the time, is seen in her own Chesterfield ads. 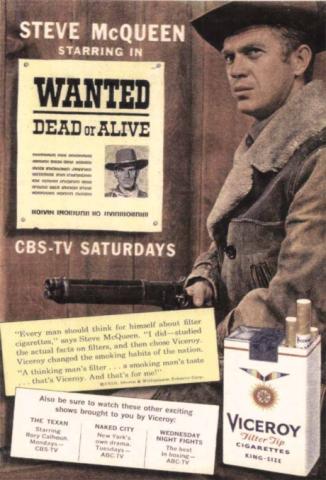 In the early 1950s, when TV overtook radio and cut into Hollywood's box office, tobacco companies began producing or sponsoring shows on the three national networks (ABC, CBS, NBC) including variety shows, Westerns and detective dramas. Steve McQueen starred in Wanted: Dead or Alive from 1958 to 1961. By 1970, tobacco commercials were barred from TV and radio in the United States.