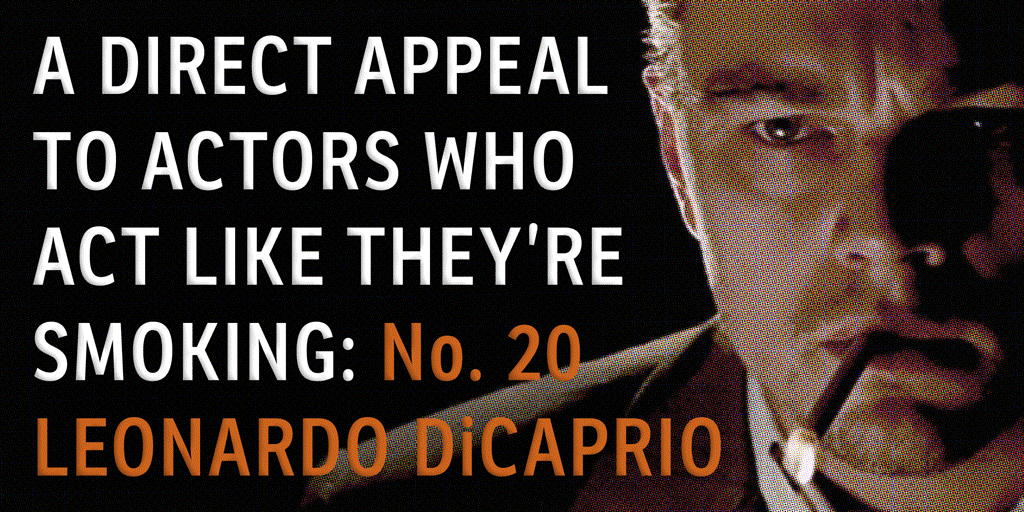 We ask 20 smoking actors to sign the R-rating petition

Among the hundreds of actors and extras directed to smoke on screen over the past fifteen years, twenty qualify as the smokiest actors in Hollywood.

This small group accounts for more than 130 top-grossing films with smoking — mostly kid-rated PG-13. Their films have delivered a total of 95 billion tobacco impressions to theater audiences of all ages and even more on in-home media.

We ask them to sign | We've ranked the actors by the percentage of films they smoked in that were kid-rated, ranging from 25% to 100%. Each weekday, starting August 1, 2018, we'll be Tweeting another actor on this list and respectfully asking him (they are all male) to consider signing the R-rating petition on Change.org.

Some actors may agree. We certainly hope so. But the real promise is that this campaign will attract social media attention and help boost the R-rating petition well past 10,000 signers.

Here's what you can do:

Remember — we're not blaming actors. Most actors can only afford to "hit their marks," doing as they're directed. Tobacco in Hollywood is about the business side of show business and has been for decades.

Yet actors often take positions on important issues, including issues inside Hollywood. They may not be great fans of the rating system run by the studios, but they know what it takes to force the studios to behave responsibly. At this point in their careers, these actors should be able to live their values.

We're inviting them to do just that.

Please let your friends know about this exciting new phase in the R-rating campaign...and follow along at @onbeyondme. Thank you!

• How the R-rating for future films with smoking will work