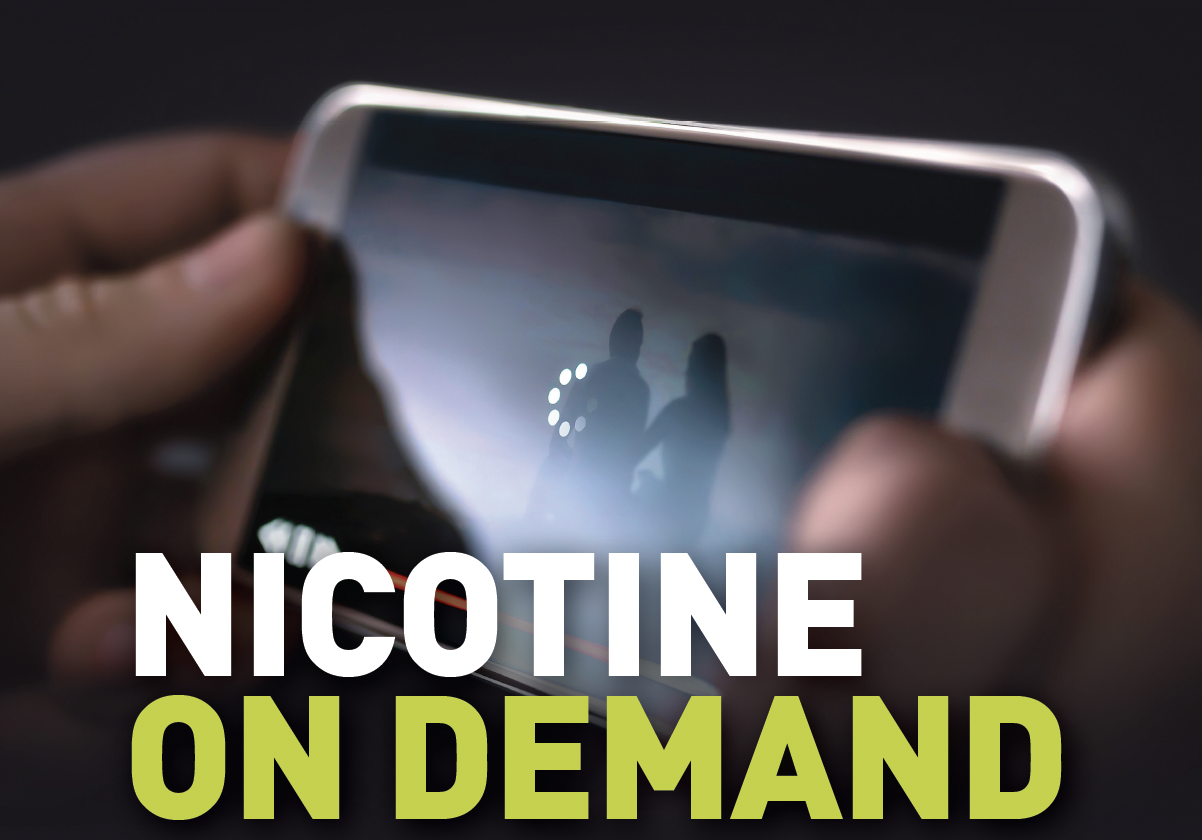 Truth Initiative® – the national public health organization dedicated to achieving a culture where young people reject smoking, vaping and nicotine – released their latest report “While You Were Streaming: Nicotine on Demand” exploring tobacco imagery in entertainment with an exclusive story in USA Today. This latest report marks a collaboration between Truth Initiative and its partners: NORC at the University of Chicago, a nonpartisan and objective research organization; Breathe California, a California non-profit dedicated to clean air and lung health; and UCSF’s Center for Tobacco Control Research and Education, a focal point for research, education, and public service at the University of California San Francisco. The collaboration convenes a team of researchers with extensive expertise at the intersection of tobacco control and media committed to eliminating tobacco depictions in shows watched by young people. In this blog post, we'd like to introduce Jessica Rath, Vice President at Truth Initiative Schroeder Institute®, who kindly summarizes key insights from the report in this co-authored blog post.

A new report by Truth Initiative, “While You Were Streaming: Nicotine on Demand,” finds that as young people watched more video content than ever before in 2020, pervasive smoking and vaping imagery lit up their screens. The organization’s fourth annual report looking at tobacco imagery in entertainment once again analyzes tobacco imagery across the 15 most popular streaming shows among 15- to 24-year-olds and for the first time includes data on those that were frequently binge-watched as well as the year’s chart-topping movies and music videos. Our report finds that:

Young people were bombarded with tobacco imagery across these entertainment sources in 2020, posing a significant threat given the on-going youth e-cigarette epidemic. According to the latest CDC data, over 2 million middle and high school students are using e-cigarettes, and of high school students who vape, 43% do so on a near daily basis.

Smoking, often portrayed as glamorous and edgy, remains pervasive onscreen even as a landmark 2020 Truth Initiative study published in Preventive Medicine found that exposure to tobacco imagery through episodic programming can triple a young person’s odds of starting to vape. These data add to the well-established research that shows exposure to smoking in movies causes young people to start using tobacco, a conclusion reached almost a decade ago in a 2012 Surgeon General report. The continued prevalence of tobacco products and images across screens is an urgent youth public health issue.

The pervasiveness of onscreen tobacco imagery points to an overall problem with the normalization and glamorization of smoking and vaping in entertainment media and pop culture. The entertainment industry should not be complicit with the tobacco industry in helping addict a new generation of young people to nicotine. Truth Initiative urges urgent action to address the issue, including:

See the full report “While You Were Streaming: Nicotine on Demand” and Action Needed: Tobacco in Pop Culture for more information.

Truth Initiative provides support and resources designed specifically for young people to help them quit e-cigarette use through its award-winning and lifesaving nationally recognized truth® campaign. Nearly 400,000 young people have enrolled in This is Quitting—a free and anonymous text message quit vaping program for teens and young adults from truth. A recent clinical trial shows This Is Quitting increased e-cigarette quit vaping rates by nearly 40% among young adults aged 18-24 compared to a control group. Teens and young adults can text “DITCHVAPE” to 88709 to get immediate help to quit. truth also offers a free, comprehensive digital curriculum, Vaping: Know the truth, that gives students the facts about the health dangers of e-cigarettes and the help they need to quit. Parents and educators can learn more about the curriculum at: truthinitiative.org/curriculum. Young people can access free resources at thetruth.com.

To download the full report and for more information on our research and resources, please visit truthinitiative.org.