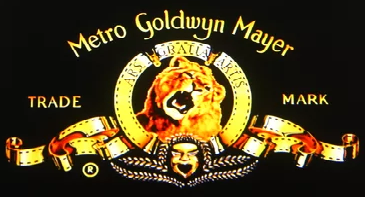 Amazon is buying MGM for $8.45 billion to get its inventory of popular films and TV shows.  It also plans to have MGM continue to produce new films aimed at a broad audience.

In contrast to MGM (and Amazon), all the major studios that produce feature films have adopted policies to reduce or eliminate smoking and tobacco use in their films designed to be sold to kids.   Except for Disney, all the studio policies include loopholes for “creative” considerations. Even so, these policies have been followed with substantial drops in the amount of smoking and other tobacco promotions in major studio films rated for youth.

Because the independents, including MGM, have not adopted policies to reduce or eliminate smoking in their youth-rated films.  As a result, they account for an increasing fraction of all onscreen smoking in films.

In particular, MGM’s popular films have a lot of smoking.  Of the 66 films released since 2002 that are in the Breathe California-UCSF Onscreen Smoking Database, 53 include smoking, including 31 that are youth-rated.

Despite pressure since 2019 from US Senators and state Attorneys General, Amazon has not dealt affirmatively with smoking in the productions they produce or distribute.

In particular, 43 Attorneys General wrote Amazon (and other streaming companies) to

… take reasonable steps to protect young viewers from the ill effects of tobacco imagery that is presented through your technology. We recommend the following practices:

• Eliminate or exclude tobacco imagery in all future original streamed content for young viewers, including any content rated TV-Y, TV-Y7, TV-G, TV-PG, TV-14, G, PG, and PG-13, and ensure that any promotional material such as previews, trailers, image galleries, and clips be tobacco-free. Content with tobacco imagery should be rated R or TV-MA and only recommended to adult viewers.

• Only “recommend” or designate tobacco-free content for children, adolescents, families, and general audiences.

• Improve or offer parental controls that are effective, prominent, and easy-to-use, that allow parents and guardians specifically to restrict access to all content with tobacco imagery, regardless of rating.

•Mitigate the negative influence of tobacco imagery, from whatever source and with any rating, by streaming strong anti-smoking and/or anti-vaping Public Service Announcements, as appropriate, before all content with tobacco imagery

In addition to making similar requests for action, the Senators made specific requests for information about the amount of smoking and other tobacco use and youth viewership for the productions they distribute.

Instead, it responded with generalities:

Amazon Maturity Ratings and local rating systems like the Motion Picture Association of America allow customers around the world to quickly and easily identify the appropriateness of content in our catalog. These rating systems generally distinguish between audience age groups; Amazon Maturity Ratings are broken across five age bands: All Ages, 7+, 13+, 16+,and 18+ by considering factors such as violence, drug and tobacco use, nudity, sexual themes, and language, and together with existing localized maturity ratings, link to our robust parental control pin based system.

In addition to ignoring the policy makers’ recommendations and questions, this response ignores the fact that the MPA still refuses to award an R rating for smoking and tobacco.

Indeed, our 2000 report What is Hollywood Hiding? finds many practical problems with Amazon’s approach:

Easy to find? No Parental Controls link on landing page.

How to get to set-up: It takes five steps — “Your Prime Video” > Settings > Account & Settings >

How it works: If R-rated films and TV-MA shows are restricted, the account owner must remember and enter her PIN to before viewing any R or TV-MA title.

What’s unique: (1) No use of profiles. (2) Amazon employs its own “Maturity Ratings” that meld MPA and TVPG into four rating codes: ”G,” “7,” “16” or “18.”. For example, “16” is defined as “General Audiences, Family, and Teens and Young Adults” and includes PG-13 and TV-14 material. (3) Amazon offers account holders a “Watch History” listing all titles viewed and the option to keep any title from being used to compute future recommendations (Accounts & Settings > Watch History).

Downsides: (1) Parents must remember and enter a 5-digit PIN each time they wish to view any restricted item; this may discourage sustained use of parental controls. (2) Amazon’s confusing Maturity Ratings are not explained on the Parental Control set-up page: the link to them was repeatedly found to be broken in January-February 2020. An explanation was finally located within the app at Digital Services & Content > Prime Video > Setting Up > Maturity Ratings.

Amazon has ignored India’s rules on onscreen smoking, too

Amazon is also ignoring rules on tobacco presentation in India that require antismoking ads before presentations of smoking and an anti-smoking message during any tobacco presentation.  Indeed, Amazon Prime’s The Marvelous Mrs. Maisel was the smokiest streaming program popular with a sample of Indian youth and young adults, even beating out Netflix’ smokey Stranger Things.

The purchase of MGM, which still has to be approved by regulators, provides an excellent opportunity for Amazon to implement best public health practices to protect youth from Big Tobacco in MGM’s new productions as well as modernize the larger Amazon Prime platform to do the same thing.

Health advocates, investors, and policy makers should redouble their efforts to take advantage of this opportunity.